The Nature of Domestic Violence 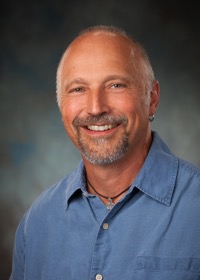 As the survivors of the Florida school shooting head back to school and the nation focuses its attention on the why and how of this tragic event, I would like to suggest we pull ourselves away from the headlines and place some of our focus on a type of violence that literally strikes people in their homes. Let’s start with a definition. Domestic violence is the willful intimidation, physical assault, battery, sexual assault, and/or other abusive behavior as part of a systematic pattern of power and control perpetrated by one intimate partner against another. It includes physical violence, sexual violence, threats, and emotional or psychological abuse. The frequency and severity of domestic violence varies dramatically. In the United States an average of 20 people are physically abused by intimate partners every minute. This equates to more than 10 million abuse victims annually.

Domestic Violence is prevalent in every community, and affects all people regardless of age, socio-economic status, sexual orientation, gender, race, religion, or nationality. “Over all 1 in 3 female murder victims and 1 in 20 male murder victims are killed by intimate partners”, Criminal Justice Policy Review, 19(1), 117-130. These are very sobering statistics.

The main objective of abusers is to dominate and control the other person in an intimate relationship. They are manipulative and clever, using a wide variety of tactics to gain and maintain control over their partners. Every relationship is different, and all abusers do not follow the exact same pattern of abuse, but they do follow a similar pattern using an overarching strategy known as coercive control. Coercive control refers to a combination of tactics such as isolation, degradation, micromanagement, manipulation, stalking, physical abuse, sexual coercion, threats and punishments. An abuser often operate within cycles including periods of good times and peace turning into periods of abuse. Over time this allows the abuser to instill fear in their partner and maintain control over their lives. Abusers often present themselves publicly as loving and attentive. They may be charming, successful, well-liked and even romantic. However over time these behaviors change. The attention they give at first seems supportive and well intentioned, then it feels isolating and controlling. A key indicator comes when the victimized person tries to assert themselves causing the abuser to become even more controlling and abusive. The victimized person becomes fearful and believes they are unable to escape or leave. Sometimes, the abuser may not let them leave.

www.TheHotline.org. Edmond Family Counseling accepts all “walk in” clients who are in crisis free of charge. You can reach us anytime by phone at 405-341-3554.