THE ART OF SELF-SABOTAGE 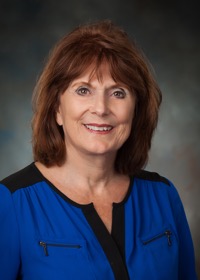 A fascinating, but frustrating, phenomenon that therapists witness much more than we would like is that of the self-sabotage syndrome. You’ve probably observed it in someone you love – or maybe even yourself – even though you may not have realized it at the time. It’s very common in people who have been in recovery awhile, which usually leads to criticism and self-blame, which in turn fuels the downward spiral of shame, self-loathing and attempts to numb those feelings by using drugs or alcohol. Even in people who don’t abuse drugs or alcohol, this syndrome sometimes occurs when things have been going really well in an area that has historically been fraught with disappointment or failure.

To the lay person, self-sabotage makes no sense and can fuel immense anger toward the person engaging in it, especially if it’s a loved one we desperately want to see happy or successful. But for those who succumb to it, self-sabotage is a survival strategy. People who have experienced considerable turmoil, trauma or disappointment learn to expect those outcomes from their endeavors, to the point that experiencing any measurable success can generate significant anxiety. After all, success is a new and foreign sensation, something they’re not used to. It creates discomfort, and may create feelings of not being worthy of success or fear of not being able to maintain the success. Failure and frustration, as the norm, become comfortably familiar and it seems less scary to remain in what’s familiar than to step out into the unknown. The belief that things will eventually fall apart (as they have in the past) fuels apprehension, and the uncertainty of when and how this will happen is stressful enough to push people to subconsciously create a crisis. I’ve heard such things as, “I guess I just got too happy,” or “things were just going too well,” numerous times from clients who, as much as they professed to want to succeed, made sure it didn’t happen.

It's now believed by some experts that people can actually develop an “addiction to chaos” as a result of the hormones and chemicals produced by the brain in times of high stress or intense emotion, similar to those produced by the use of drugs or alcohol. Such a person is driven to repeatedly seek out that same flood of brain chemicals; thus when life settles into stability, calm or (heaven forbid!) mundane, the itch to recreate that excitement overwhelms the rational part of the brain and the self-sabotage cycle begins.

How do we tame this hairy beast? As with many dysfunctional behaviors, awareness is the first step. Noticing, and even writing down, self-sabotaging behaviors can help us own & be more accountable for them. Common cues for self-sabotage to watch for are:

Self-saboteurs must learn patience, which can be facilitated through mindfulness, meditation or even yoga. Identifying and critically reassessing the chaotic relationships and situations in one’s life may allow for distancing from, or even terminating, some of them. Learning to set boundaries is one of the ways we learn to take care of ourselves, which may be a foreign concept and will require determination and the ability to shake off guilt. A trusted friend who is not embroiled in chaos, or a therapist, may be necessary to provide the objective feedback to recognize and reverse this syndrome, but it can be done! Edmond Family Counseling is committed to improving lives through prevention, counseling, and education. To support us, log on to http://www.edmondfamily.org